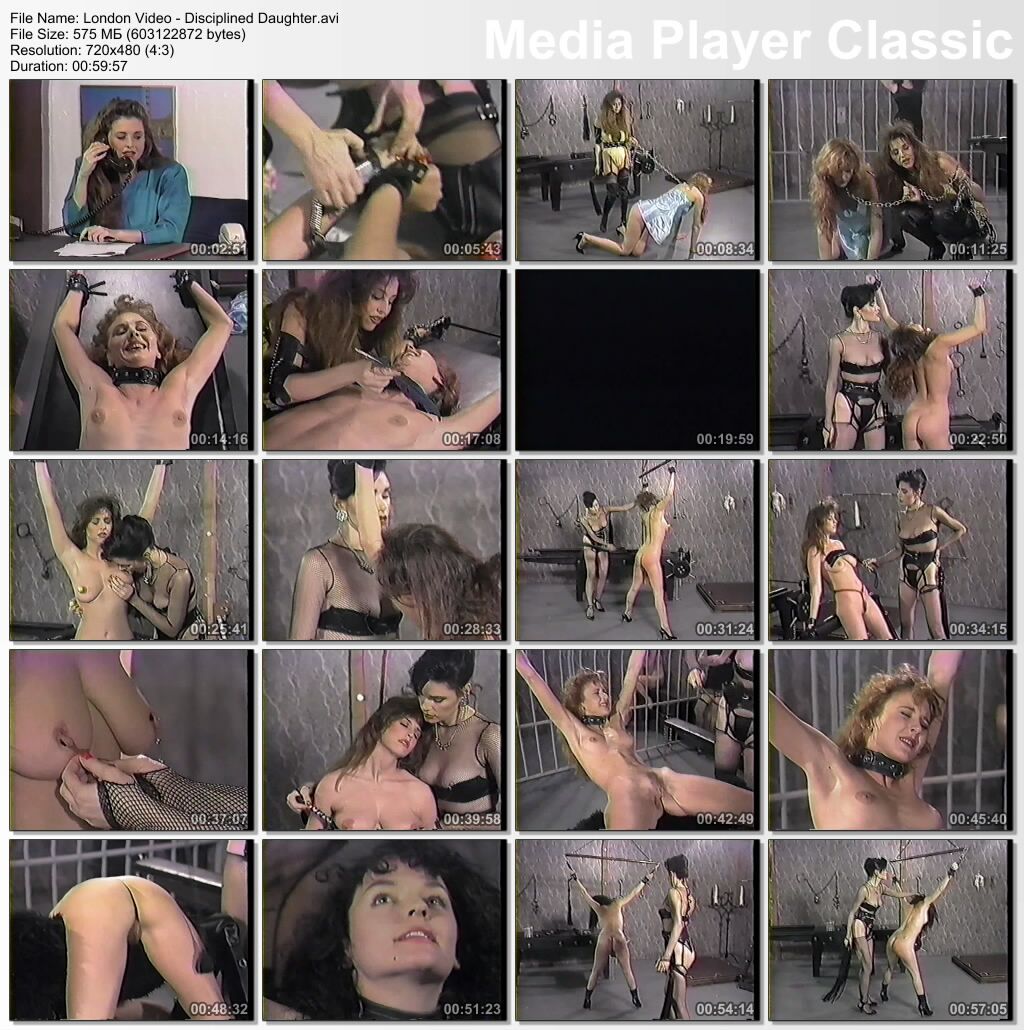 Disciplined Daughter / Daughter Disciplined
Production year: 1991
Country: USA
Genre: of BDSM
Duration: 00:59:57
Director: Danny Vido
Studio: London video
Actors: Star Chandler, Ruby Richards, Alexis Payne, June Bauer, Cindy Dag
Description: Linda, just out of her teens but as snotty as they come, falls under the charge of her lovely new stepmother. Well the comely redhead (portrayed by Star Chandler) is not about to follow that bitch’s orders. Oh no? Think again, Linda. The stepmom, Angela (played by Cindy Dag), hires a professional specialist in “behavior modification and physical correction.” Or does she?
Could it be that an imposter is standing in for the famed Mistress of Discipline? All Linda knows is that she gets bound, gagged, blindfolded and wrapped up in a quilt. The human sleeping bag is hauled to a reform school, where lessons are taught with up-to-date and terrifying-versions of the old-fashioned hickory stick.
One twist and turn after another keeps viewers glued to the screen. First off, darling Linda learns her painful lessons only too well, and that goes hard indeed on her shocked stepmother. To make matters even more interesting, a would-be dom (big titted June Bauer, top B & D model and national cover girl!) Finds out that-Yes, there really is a Mistress Alexis (and she’s played with lifelike fidelity by Alexis Payne herself .)
It’s one scene of discipline after the next, escalating in intensity and utilizing unheard of methods of punishment. Tits get bitten with frightening fury, ropes rip up the slit of acunt, suction cups distend tender nipples and a bewildering variety of leather lashes stripe soft skin a bright red! This one is definitely not for the faint of heart!
And what makes you think the wicked stepmother does not come in for her share of suffering? She has it coming-but why-and at whose merciless hands? ! To make matters even worse for somebody, one of the gals ends up an abject slave-for six long months-and can not do a damned thing about it
Video Quality: VHSRip
Video format: AVI [123 ] Video codec: DivX
Audio codec: MP3
Video: DivX 6 720×480 29.97fps 1200 Kbps
Audio: MPEG Audio Layer 3 48000Hz stereo 128kbps